Generals: Art of War is a free to play browser-based strategy game. In it, players take on the role of a military general, and your objective is to raise your modern-day army to be able to attack enemies and defend yourself if attacked by others. Because it's an MMO, you will come across other real players in the game - both their bases and armies that you can either ally with, or attack for gains. To do that however, you'll need to grow over time and advance your resources, base building and technology among other things in order to compete. No set up is necessary and no download is required. You can play this game right from your browser of choice, as long as you have an internet connection and the time. 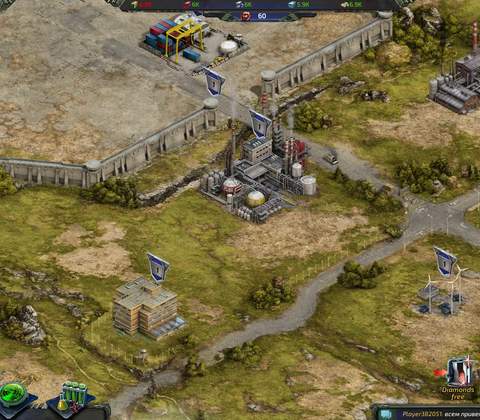 Keep upgrading your base if you want to live.

For new players, getting settled in is very easy if you're new to the genre. The game begins with a full tutorial that shows you the important mechanics. You'll learn how to raise armies, research technology, build structures, and attack targets. Fundamentally, these are the core aspects of General: Art of War that you'll master in no time. Raising armies in this game means deploying units, tanks and air vehicles. Because the game is set in today's modern era, expect no fantasy elements. Instead you get named vehicles and graphics or real-life military weapons that look authentic. To recruit more advanced units, you'll need to expand your based. More buildings lead to better recruitment, and better technology offers more benefits in combat and out. The over-arching catalyst that allows you to do these things, is the procurement and expenditure of resources. Fuel, Metal, Plastic and Money are the game's main resources that you'll gather over time if you have built the relevant structures, or they can be gained from defeating neutral enemies and other players out in the world map.

Participating and battles and PvP happens off-screen and in real time. You'll notice that sending units out on the world map takes longer if the destination is far away - which means you'll need to co-ordinate your strikes carefully, and avoid leaving yourself prone to nearby attacks. To help with this, the social element of the game comes into play, and that's alliances. Joining an alliance simply means entering a guild of like-minded players who can share their knowledge, resources and more with you. This makes the game highly enjoyable compared to playing solo. Doing so will also increase your chances of taking part in larger-scale fights where the stakes are higher, which can lead to you landing on the rank boards, which will be discussed in the next section.

What is the End Game? 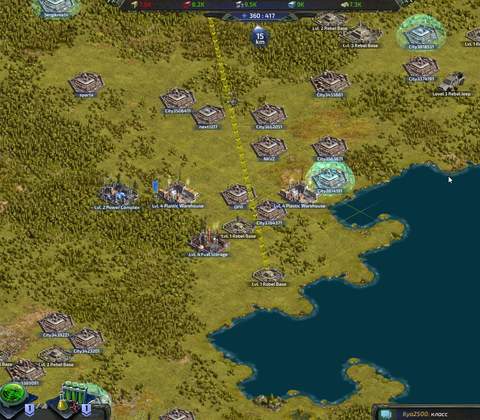 The world map is key to deciding which fights you can and cannot win.

As with most strategy browser games, the end goal in Generals: Art of War is domination. Either solo - which is highly challenging - or together with your alliance, you'll want to raise the strongest possible combination of armies and and bases. Collectively, this can be done by challenging other alliances, destroying their bases and sabotaging their resources. Your accomplishments here will land you a spot on the leader board ranks for pride and glory. Number kills, resources raised and army count are all factors in determining who the best player on a certain server is individually, so playing solo does offer you goals to accomplish as well.

To achieve either of these however, is going to be hard for majority of free players. This is due to the significant advantage afforded to players who use premium benefits purchased with money. Don't fret though because you can earn some of these paid benefits for free. Things like daily VIP gains, resources caches and more can be easily gotten for simply logging in and being active. That said, you definitely will have a hard time going up against the server's best and most well-armed generals and alliances without enough benefits of your own, no matter how large your army size and resource pools are. 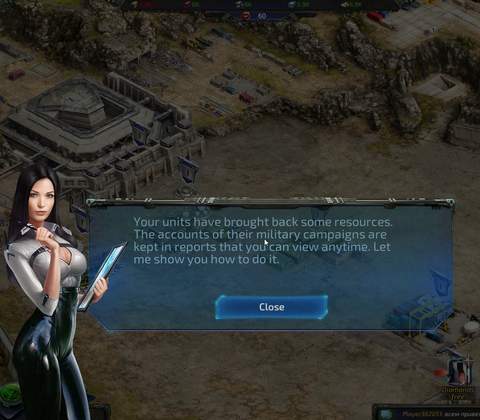 If you're focusing on graphics and not immersing yourself in the numbers game and time gates, you're doing it wrong! We're joking of course, but the honest truth here is that Generals: Art of War is not much of a looker. The game runs on 2.5D graphics and while the art used for unit and character portraits are decent, not much else stand out. Textures and environments both in your home base screen and the world map comes across as dated. Be that as it may, there are some positives. For example, the aesthetics reminds me of the classic RTS game Command & Conquer Tiberian Sun. That is a beloved game by many and in spirit, you can totally see some resemblance here. In comparison, newer browser strategy games have adopted animated 3D and other stylized assets to stand out. This is one aspect of the game that falls behind most others, but if you care only about the competitive gameplay then this won't bother you all that much.

Should you play Generals: Art of War? If you enjoy browser strategy games, like teaming up with others and forming grand warfare plans for world domination, then yes. It's worth a shot. Much of the gameplay comes across as familiar and easy to pick up for fans of the genre. New players won't have problems adopting at all either. The key differences between this game and many like it is primarily down the community at this point. You'll need to look hard to find alliances that speak your language, and even when you do they may not accept you if you're not growing fast enough. That can be solved by spending money of course, although it's entirely playable without spending a single dollar. If that sounds good to you, give it a try!

Ready to enter the world of Generals: Art of War? Click here to play now!

Originality
It's incredibly hard to stand out in the browser-strategy genre, and Generals: Art of War tries to please military fans with authentic period units, setting and jargon that rewards players with some freshness away from fantasy and familiarity if you've served in the military.