Browser-based MMORPG with Gods - Gods Origins Online has the player collecting Gods in order to save the world.

Gods Origin Online is a browser-based MMORPG by VivaGames. In it, you controller a summoner who wields the power to yank various deities back through time in an effort to prevent Ragnarok from happening.

Gods Origin Online starts by having you choose between one of two classes: swordsman or mage. However, since virtually all the combat in Gods Origins Online (to be henceforth known as GOO) can be (and should be) automated, this choice doesn’t matter an awful lot. It all comes down on which pixels you most prefer to see on screen. But do take note: None of the animations in GOO are all too great. The art is fine—especially if you like scantily-clad females—but all the animations seem to be running at about half-speed. 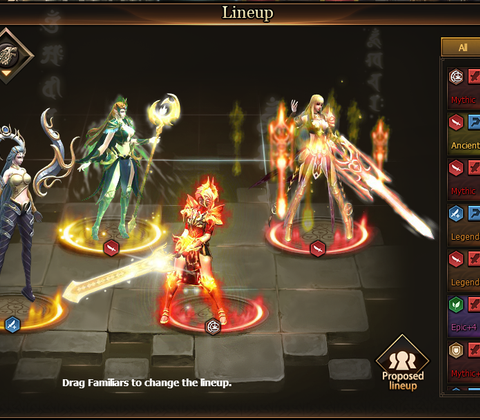 In all likelihood, though, you came to GOO for the RPG elements, not its graphical prowess, or lack thereof, and it’s chock-full of RPG progression. Your party of deities is afforded close to the same level of customization and progression as the summoner, and considering the wide collection of deities there are to collect, the party customization options are nothing short of vast. Do you want to mix magic damage and physical, or focus on only one?

And then it’s time to gear everyone out. All characters—both summoner and deity—have six slots for weapons, armor, and jewelry. This equipment has various rarities levels, and eventually sets show up, and completing those can truly bolster your power. Virtually everything bolsters your power to some level, and much of the game revolves around taking that power as high as possible, as the free-to-play elements will permit.

Stamina—the resource expended when engaging in many of GOO’s activities—is really just the tip of the iceberg. It’s often used and regularly gained, but there are also daily limits to many of the activities in the game. That doesn’t mean there isn’t a lot to do, just don’t expect a limitless well of opportunities. Sure, you could buy some Pyrum (the game’s premium currency) and spend it to increase those chances, but often those too are limited. So even by dumping money into the game, you’re still relatively limited as to what you can do, and even the parts of the game that you can boost with Pyrum indefinitely also scale exponentially. So progressing faster than the base rate the game intends gets expensive—fast. 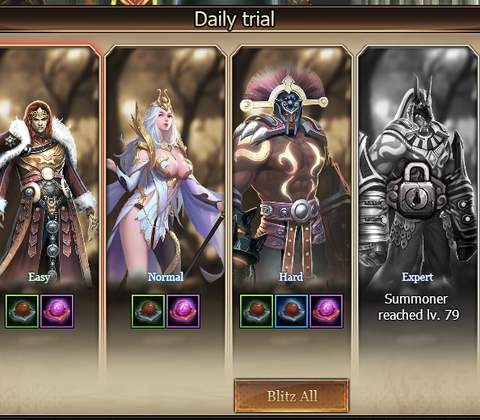 That’s not to say there aren’t plenty of activities. Keeping up with all of them will keep anyone busy for a few hours each day, including a few activities that are only open during few windows each day. These give you a reason to check in regularly. On top of that, you gain a permanent bonus for just being logged in, so there’s a good reason to keep GOO running in the background all day, even if you’re out of things to do for the time being. These activities include the expected assortment of story quests and challenges that all reward the various resources used for the many avenues of progression found in the game. Nothing is too exceptionally difficult, assuming that you have enough Battle Power to tackle any given task.

Of course it’s grindy, but that comes with the territory, but those who excel at the grind get to derive some enjoyment from seeing their name up on the leaderboard, or by decimating other players in PvP. There are a few different modes, including duels, team deals, and perhaps the most involved mode in GOO, Guild Wars. Here your guild goes up against another guild in a battle to capture points on the 2D map, hold them, and eventually earn enough points to win. It’s not an original concept, but it’s nice to see something that isn’t completely automated. 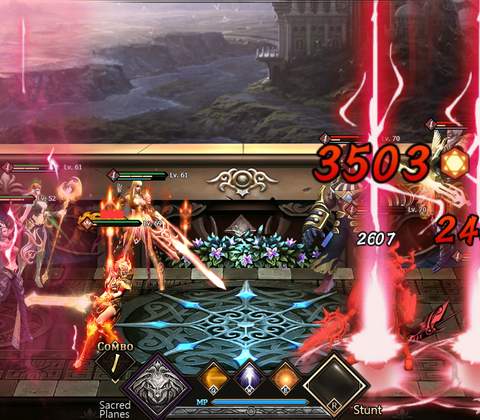 You can also meditate for XP, which places your character in a room of up to eight players, and then after about ten hours, meditation ends, and you gain XP. Despite what you may think, meditating doesn’t lock you out from other activities. You can meditate and then go off and do any other challenge available. There are a few AFK-like activities to do in GOO, and they all function similarly, though placing a character in one AFK activity will prevent it from being used in another AFK activity. So at least that makes a modicum of sense.

Most of the AFK activities revolve around the game’s adventure mode, which could have easily been called idle mode instead. Here you can explore different regions and cities, and embark upon encounters. These are all timed missions that you send a deity on; they can take anywhere between 30 minutes to a dozen hours. In actuality, there isn’t much in terms of active gameplay in adventure mode, but that’s to be excited. There are also mines here that you can station deities at in order to collect gold over time—because the perfect fate for someone such as Herculus is to have him slaving away in a mine.

Much like many of the MMORPGs of this nature, the ultimate goal of GOO is to progress. Everything there is to do is in service of spinning that hamster wheel in an effort to become as powerful as can be, and truthfully, there’s a lot of satisfaction to be found in such a loop. Sure you can pay to progress faster, but that sucks some of the fun out of it, and the cash shop in GOO is a bit on the pricy side, without offering anything too tempting to buy in, but as a free time killer, there’s plenty of enjoyment here. 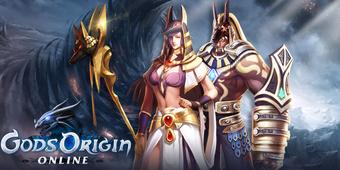