Fantasy Browser MMO - League of Angels II is a recently released free to play browser MMO published by GTArcade. Summon and command a squadron of powerful angels to fight through an all new storyline.

League of Angels 2 is a beautiful new follow-up to the highly popular League of Angels. It’s a highly traditional MMO with a glossy new paint job and a few new mechanics. Playing through the game's story kept me entertained, and combat is a spectacle to behold.

Though not particularly engaging, the combat animations and visual effects are of high quality. Progressing through the story is similar to many other Browser MMO’s. In fact that seems to be the game’s biggest fault. It’s so reminiscent of other games, especially its predecessor, the original League of Angels. This however doesn’t ruin the fun, the experience is still engaging because the mechanics of the game are solid and the game is well made. 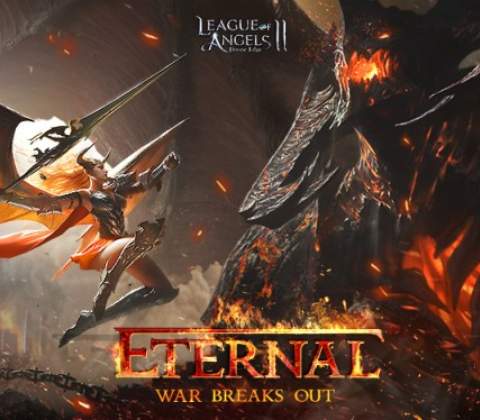 An All New Adventure Begins

The game’s beginning will have you choose between a male and female protagonist. You will name your character and almost immediately begin battling. Most of the game’s opening minutes are spent learning the basics of battle and summoning angels.

This is when the player is first exposed to LoA2's stellar artwork, and less than stellar voice acting. This creates a sort of dissonance in the game that I found hard to get over. For a browser title this game is beautiful, the 3D models are on par with a few older downloadable titles, like Aion. However this triple A quality comes to a crashing halt when the NPCs speak. Delivery is flat and rushed. And many lines don’t make sense. The story itself is well crafted though. I was happy with the narrative as a whole.

There seemed to be a lot of thought put into the story. Which is why it is such a shame that the delivery was less than perfect. For a browser game this may be acceptable, even if other titles such as Nords have rectified this issue. 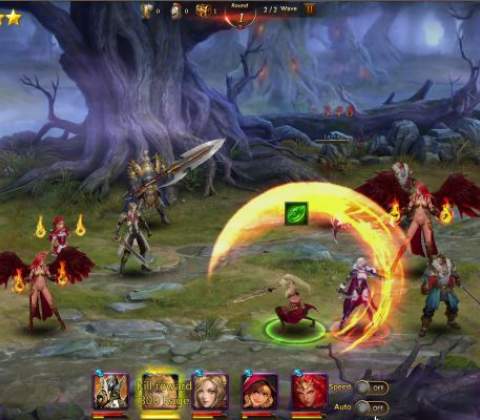 As I’ve said playing the game feels very familiar. Most early gameplay will consist of leveling your Angels and Hero, to conquer the main story dungeon. This dungeon reminds me a lot of the Clash of Clans goblin missions.

You are given a map with different points you can got to. Each represents a different mission. Each mission consists of multiple battles, and after beating the mission you are awarded Gold, Exp, and the occasional shiny item. These rewards count toward an all new progression system built from the ground up for League of Angels 2.

This extends to Heroes, Angels, and Holy Relics. Angels now tout a more diverse skill set, and will progress in a manner similar to heroes. You can train them, evolve them and even give them equipment. This makes managing your heroes and angels that much more in depth and multilayered. Angels come from three different factions known as empires, and are available in over 60 unique flavors.

Angels now tout a more diverse skill set, and will progress in a manner similar to heroes 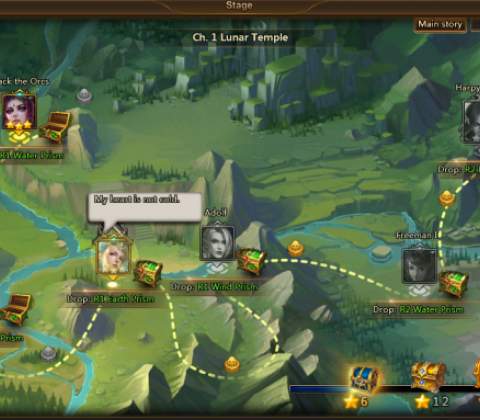 After completing the main story, players have a plethora of options to keep them entertained. There is an elite dungeon for players 15 and over and an AFK dungeon for those 25 and over. There is also an arena for those with more PvP centric tastes. Of course there are MMO staples as well such as daily quests.

One of my favorite aspects of the game was going through all of my angels and hero earning the best gear I could and maxing out their equipment. Squeezing every last drop of stats I could into my characters was fun and gave me a reason to keep coming back.

However the use of AFK grinding makes playing a bit boring after a while. Sure its an efficient way to progress your squad, I like to be engaged in what is going on onscreen though. Which is another qualm I have with the game. Combat requires very little input on the player’s part. Besides activating each characters ultimate ability, I basically just sat around and let my party do all the work.

In conclusion League of Angels 2 is a fun and addictive browser game with a lot to offer. It’s a well need improvement on the original, but it doesn’t fix all of its flaws. The graphics are beautiful, but are dragged down by sub par voice acting.

League of Angels 2 is a fun and addictive browser game with a lot to offer.

The actual game-play loop is engaging enough. It was fun leveling my Angels, trying to find the ones that fit best into my play-style. Dungeons and PvP provide a lot of content to sift through. You could spend hours with the game and not see it all, something vital to the replay ability of an MMO. There is AFK grinding though. It's a very divisive aspect of any game. I don't particularly enjoy it, however it is there for those gamers that do.

League of Angels 2 is a solid starting point for any fan of Browser MMOs. It isn’t a revolution in gaming though as had been promised. I would love to see many of the great ideas it contains be further fleshed out in future content drops.

Ready to enter the world of League of Angels II? Click here to play now! 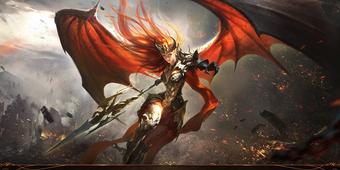 Originality
The most unique aspect of League of Angels 2 is its improved angel system.