3D Fantasy Browser MMORPG - Find the legendary weapon shards and recruit powerful allies as you go back in time to stop the dragon from destroying the world. Welcome to the third installment of League of Angels.

League of Angels III is the third installment in the popular League of Angels fantasy MMORPGs based primarily on web browsers and is free to play. The world is about to be destroyed by an ancient threat, and players are sent back in time to collect legendary weapons and recruit powerful companions to prevent this catastrophy.

The game features full 3D graphics that looks excellent on any browser. Questing remains largely unchained from the second game, whereby players follow a theme-park style quest chain that is tied to the main story. Along the way, players will unlock more gameplay mechanics such as manual combat, mounts, dungeons and more.

Combat and progression has been given a face-lift and feels significantly better than before. You will need to collect heroes that joins your party in formation during turn-based combat sequences that feels strategic and fun. At end-game, there are high level world boss fights and other content to do, which makes the journey there worthwhile. While the in-game cash shop may be attractive, plenty of things on sale serve to speed up progression and are not necessary for purchase to play the game effectively. 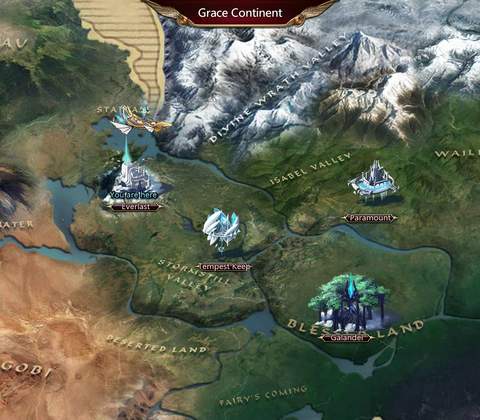 The world of League of Angels continues to grow in this third installment, with more story and places to visit

Currently in open beta, League of Angels III is the third installment of the fantasy MMORPG franchise of browser games by GTarcade. The game is entirely free to play on web browsers with no download required. The setting takes place in a fantasy world and no knowledge or experience of the prior games are required to start playing. At the character creation screen after making an account, there is limited choices on what class or customization you can play with, but that's not what the focus of the game is about. The tutorial sequence soon begins, and players are shoe-horned into the narrative where their characters are led from quest to quest automatically, earning XP and better gear along the way. It must be said that gaining levels especially as a new player is very fast. This is to ensure that you unlock all the gameplay modes and mechanics along the way that are gated behind levels. And while that automated movement can be a down side for many, you'll be happy to know that it can be turned off for manual gameplay instead.

From a story perspective, the lore revolves around the previous game and at the start of this one, the world is in danger. An ancient dragon threat emerges and is about to destroy the world, leaving the main characters of the LoA world powerless to stop it. In a last ditch effort, they send you back in time to collect the shards of legendary weapons and strong companions to prevent this perilous future from happening. In essence, the story works for the setting, but don't expect engaging plot lines and good dialogue. The main story quest chain follows that premise, with little or no side quest in the world to elaborate more.

Ultimately, there are many story chapters to play through and should take about 12 hours to complete. It's short, but rest assured that players will more than likely hit the level cap and will be ready to do more fun things like World Bosses, Dungeons and PvP. And things are definitely more fun at end-game once the story is complete.

Gotta Collect Them All 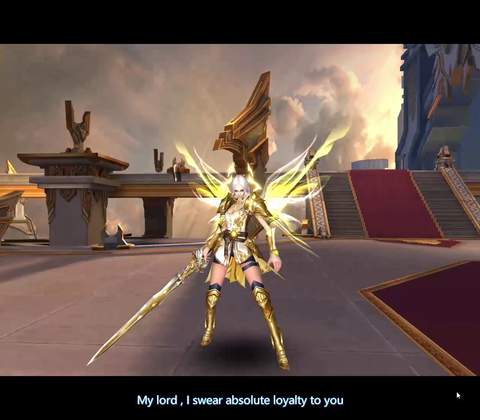 Perhaps one of the best things about League of Angels III is the combat system which is tied to an important progression - collecting companions. Besides leveling up to unlock things like better equipment, mounts and upgrades, players must also build their combat party. There are many companions in-game that can be added to your roster by completing story quests, crafting them, or buying them from packs in the store. The latter drops very rare companions which means you will spend money if you want the best stuff. But what you can earn for free is more than enough to complete the PvE content. Once you have enough companions, you can drop them into a formation. For example, Ranged allies will be at the back while Tanks are in the front, alongside your character. These companions will earn experience with you, level up, and you can also upgrade their weapons and gear. This system is fun and engaging as there's a layer of strategy involving how you mix and match companions for combat.

As for the combat system, League of Angels III utilizes a turn-based party combat system. Each of your companions take turns to cast spells and attacks depending on their roles, and trade blows with enemy parties. Your character's turn gets interesting as you get to manually choose what skills to use, and while you can't do that for your companions, at least the combat isn't as passive as some other games out there that has the same mechanics. The combat system has its ups and downs but it definitely feels rewarding at high levels as you start to see the results of your well built party.

The combat system has its ups and downs but it definitely feels rewarding at high levels as you start to see the results of your well built party. 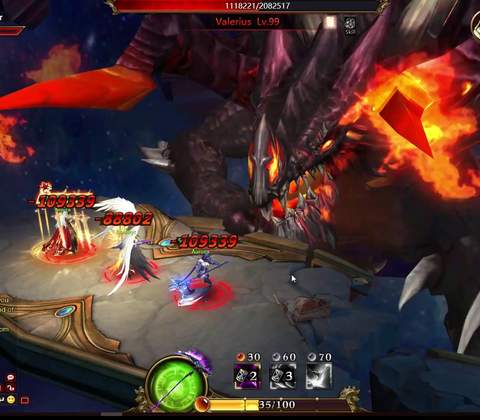 For lovers of great aesthetic looking fantasy games, it's safe to say LOA III doesn't disappoint. While still in open beta, the graphics are set in stone at this point and they look gorgeous which is surprising for web browser game. The art style is modern yet follows the tradition of League of Angel games that's all about regal armor, sexy outfits and of course, winged angels. The in-game soundtrack while decent, tends to play repeatedly on loop which is rather annoying. But the focus of making the game look good is definitely noticeable. Players are experiencing everything around them in full 3D as you can rotate the camera to dissect the landscape and battles from a variety of angles. Overall, League of Angels III is one of the best looking browser MMORPGs to-date.

Is League of Angels III Worth Playing?

That's not to say however, that the game doesn't have issues. For starters, it's unstable currently on some browsers which causes JAVA to crash requiring multiple reloads. In other areas, the world itself is incredibly static and instanced, leaving no room for exploration. But most players probably won't mind that too much, as the core game offers plenty of story content and group content as well. The social features are decent to play with your guild and friends, and the World Bosses are a good way to keep you grinding for better gear at the level cap. Furthermore as the game is new, expect more content updates, tweaks and improvements in the future which is great if you're thinking about starting. In conclusion, League of Angels III is an excellent web browser MMORPG that you can play right now for free.

Ready to enter the world of League of Angels III? Click here to play now! 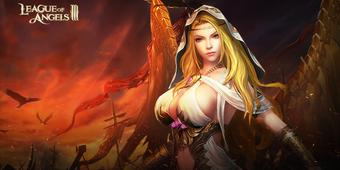 Originality
League of Angels III introduces cutting edge 3D graphics, animations and story cinematics that are a cut above the rest - it's simply a well polished browser MMORPG.