Open World Sandbox Fantasy MMORPG - Experience the best action combat MMORPG in a world where you can lose hours doing a variety of things.

Black Desert Online is an open world sandbox MMORPG that features Asian style graphics and some of the best action combat in any MMO game to-date. The graphics ranging from environment designs to the character creator is top notch.

There’s plenty of content for players to soak their teeth into for both PvE and PvP. Besides the decent amount of class choices, players can also dive into Life Skills, which is a refreshing take on crafting systems within the MMORPG genre. One great aspect of Black Desert Online is that it rewards you for simply playing the game and doing the activities you enjoy most, as players gain a multitude of XP and points to spend that progresses their characters further. The game does offer something for every playstyle.

Overall, Black Desert Online is the poster child and an excellent example of a Buy to Play Asian MMORPG that’s done right. It may have its issues such as the heavy grind and over reliance on RNG and luck, but the game deserves to be played nonetheless. 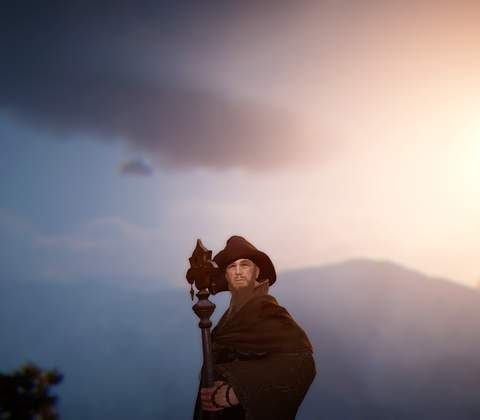 Released by Korean developers Pearl Abyss back in 2014, Black Desert Online is a high fantasy, action combat MMORPG that blends theme park and sandbox elements into a huge game world, and it’s probably very well known for its graphics and aesthetics. When creating a brand new character you’ll to pick and choose from a wide variety of classes, all with unique play styles but do keep in mind that they will be gender locked. The good news is, the game does offer the gender equivalent of each class and as an example, the Male Ninja’s counterpart is the female Kunoichi.

One of the best things about starting out in Black Desert Online is getting to customize your character using the game’s robust and comprehensive character creator. Players can just about edit every detail about their character, using sliders or dragging your mouse to shape body parts, adjust hair length and even create poses. Once done, you are then introduced to the world. Black Desert Online is made up of two huge continents with different territories controlling them. You will learn about these territories and their rules as part of the game’s main story quests. You definitely do not want to miss any of the story arcs that lead you through the landscape, as the game truly shines when you’re tackling content out in the world. The environment and graphics are some of the best by today’s MMORPG standards.

The game’s combat system is action based which requires you to manually face and target enemies with your reticule to engage in combat. Each of the classes has their own unique abilities and skills that need a combination of keys, or combos, to execute. There are plenty of in-game visual guides to help you through it which is great, as the learning curve can be quite high at the beginning. As you gain more levels and spend skill points to purchase new skills, combat becomes incredibly fun and there’s nothing more satisfying then wiping out scores of mobs with your new found knowledge of your class.

Black Desert Online is tremendously flashy in the combat department. It’s visual, fast paced and fluid, which are all the key ingredients a game needs to ensure that one of the most important aspects of an action MMORPG, doesn’t end up stale and boring. 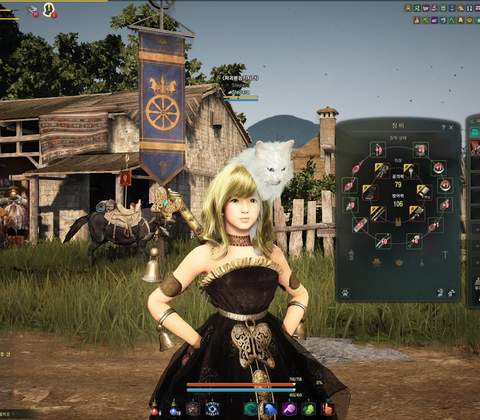 The combat is great, but players might feel the burnout from gear and XP grinds which slows things down.

A key point to note is that Black Desert Online’s progression system is slightly different compared to traditional theme park MMORPGs. Much of what you do out in the game world will reward you with experience points. Killing monsters will give you Combat XP, while other activities will award you with Skill XP. Your character’s own level XP will come naturally while you’re out and about playing. There is no level cap in the game, but the soft cap arrives at level 56, after which XP gains becomes considerably slower, and your class will receive its Awakening weapon, which significantly alters the way it plays.

The great thing about Black Desert Online’s sandbox world is that it offers players many choices on how to spend their time in-game with the variety of content available. Players can follow the main story through the Black Spirit companion for starters, which leads you on a cohesive adventure throughout all the different territories. In between, you can also pursue a variety of town quests, daily quests and exploration quests.

But arguably one of the things you will spend the most time with is the game’s crafting and Life Skills. It’s easy to lose track of time and just spend hours dabbling with fishing, farming, trading, gathering and processing, which makes up a few of the Life Skills available to you. These crafting activities will be important for making gear and other equipment as you level your character. Energy and Contribution Points are another form of progression that requires players to take part in mini-games such as Knowledge gains and the Amity system to obtain. Energy will be spent through activities like gathering, while Contribution Points can be used to invest in material nodes, rent crafting houses, workshops, and other convenience amenities on the world map.

It’s easy to lose track of time and just spend hours dabbling with fishing, farming, trading, gathering and processing, which makes up a few of the Life Skills available to you.

While the PvE offering is deep and caters to a wide variety of players, Black Desert Online is ultimately a PvP game in nature. The meta or end-game is all about conflicts, and there are several gameplay systems that promotes Guild vs. Guild warfare out on the landscape. These include large scale naval warfare and node wars, where guilds can fight for ownership of lands which they can then tax for profit. These are amazing to be a part of and it’s easy to get captivated by all the action as you watch hundreds of players battling it out for supremacy.

For smaller PvP battles, the ability to flag for PvP opens up at level 50. This allows you to kill any player out in the world, but there will be a penalty to your Karma if the fight isn’t consensual. Black Desert Online also offers smaller scale structured PvP gameplay in the form of Red Battlefields. These are 10 vs. 10 matches that consist of two teams killing the most players for a high score. It’s mindless fun but incredibly imbalanced and frustrating if you aren’t geared enough. 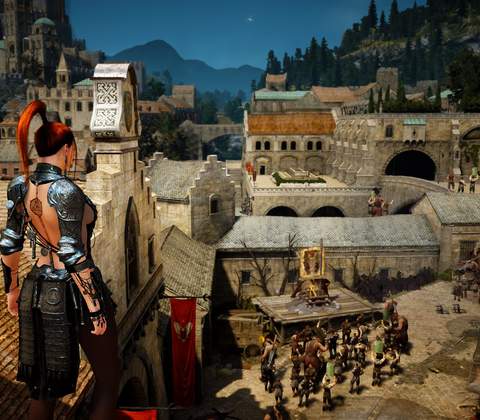 Black Desert Online is incredibly RNG dependent, more so than other MMORPGs. Many systems such crafting and upgrading gear requires a huge amount of random luck in addition to hours of grinding. The main issue with this is how gear upgrades work. For every piece of gear, players can upgrade its rank through the Enhancement system. This requires you to spend a certain amount of Black Stones in order to upgrade a piece of gear. However, the higher your gear rank gets, the easier it is to fail at Enhancing.

This forces players to continuously grind repetitive landscape boss fights and daily quests in order to get more Black Stones. To make matters worse, every time a gear upgrade fails, the durability of the item also drops and repairing it will require you to consume the same type of gear. Added up, this is one of the more frustrating aspects of the game which is probably where the game gets its grindy reputation. To mitigate this, the cash shop does offer plenty of fail-safe items that prevent loss of gear durability during upgrades. There’s also plenty of other convenience and pay to progress faster items in the cash shop that may be a deal breaker for some players.

Is Black Desert Online The Game For You?

Black Desert Online is a fantastic MMO world that players can lose hours upon hours in, thanks to its many in-depth progression systems that reward you for simply doing the things you like to do in-game. The combat system and graphics are perhaps the best parts of the game, and the sandbox elements offer something to do for everyone including filthy casuals and hardcore PvP players.

While there are many pros, some of the cons spoil the fun. There isn’t a cohesive enough main story arc for players that want a deep and immersive main quest. And when it comes to gear and character progression, Black Desert Online can be frustratingly grind-heavy and very reliant on the cash shop to progress quicker, which some players may have issues with. But overall, this MMORPG is still a fantastic game that needs to be experienced.

Ready to enter the world of Black Desert? Click here to play now! 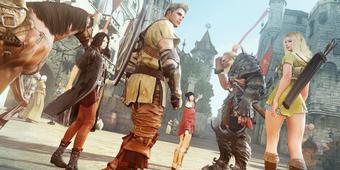 Sandbox world with plenty to do and no loading screens