MapleStory 2 is a free to play hack and slash MMORPG featuring cute anime cartoon graphics and art style. The game offers an incredible amount of PvE and PvP content from questing to intuitive Mini Games and even a Battle Royale mode without a content paywall. While there is an in-game cash shop, it sells mostly cosmetics and convenience, although one great thing about it is you can sell your own custom designs on there as well using the User Generated Workshop.

MapleStory 2 is a free to play MMORPG – the second in the Maple series – and it features cute cartoony characters in a pretty large anime fantasy world. Unlike its predecessor, the game is now in 3D and features Roblox/Minecraft environments that are easy on the eye and appealing if you enjoy those types of games. To begin your adventure, you pick one of 9 classes to adventure with, using the game’s ARPG style hack and slash combat that feels really good. Players earn levels and gain new skills, all while exploring the world’s many map zones, and following the main story to hit level 50 and begin the end-game progression

As mentioned above, the combat feels really good and that was surprising. The top-down ARPG style hack and slash gameplay works well in the MapleWorld, and what helps is that there are three control options you can use. There's mouse and keyboard for traditional MMORPG players, keyboard only which uses arrow keys, and lastly you can plug in an Xbox controller for Windows and just use gamepad controls. All three feels right and natural, which really helps you ease into the game and the world.

Much of what you'll do to progress your character will involve combat and movement, so it's important for MapleStory 2 to get these mechanics right. World exploration includes parkour and the jumping features allows you to climb almost anything on these instanced maps. Housing is another big part of the gameplay, and it's robust and deep for players that love customizing things. 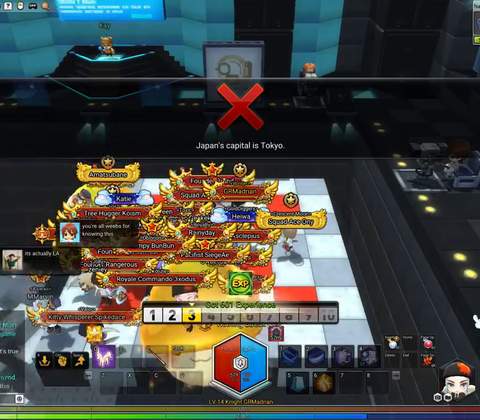 Mini Games are incredibly random and fun, proving that it's not all about questing and grinds

For a cute and cuddly anime MMORPG, it’s easy to mistake this for just another run of the mill MMO clone of many others out there. Fortunately at least in the content department, that’s not the case. MapleStory 2 comes bundled in with plenty of things to do for all types and style of players – solo, group, end-gamers, social gamers – to enjoy. The PvE features the main story quests for leveling, and while the story is somewhat forgettable, the XP reward is great, but it’s the other content that really shines. MapleStory 2 has some unique short story-driven dungeons that can be played either solo or in groups of four, with good rewards either way to gear your character. At end-game you get to tackle the hard-mode dungeons in addition to the raid if you want challenge and earn a shot and best in slot items.

Even the zones have content in the form of Exploration progression that awards Trophies. Much of the game does surprise you and it offers so much more than just the usual and expected “fetch this, kill that” formula. Progression is another plus point, and you’ll get to dip you toes into all of them if you choose to. There’s Fishing, Housing, Music Performance and crafting to name a few. What really threw us off guard was how fun some of these mini-games were. Every 30 minutes, jumping into a pop quiz instance, or a dance competition with other players has been such a breath of fresh air, and since it rewards XP that scales to your level, it’s worth doing. PvP is also on the platter, with open world PvP zones, Arenas and even a Battle Royale mode available. All of them does help with account-wide progression too past the level cap of 50, so that's a bonus.

Every 30 minutes, jumping into a pop quiz instance, or a dance competition with other players has been such a breath of fresh air, and since it rewards XP that scales to your level, it’s worth doing.

The Best and Worst Feature 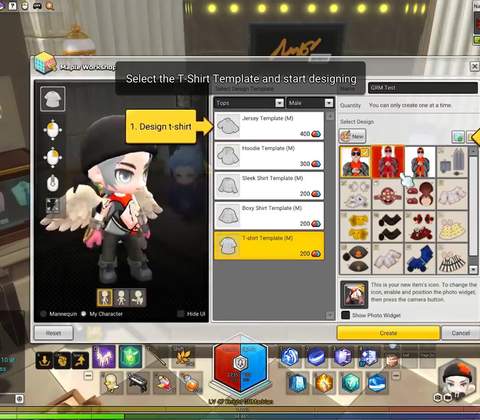 The UGC Workshop lets you create your own designs for outfits and more, which is awesome

Arguably, one of the best parts about MapleStory 2 and how it stands out from the MMO crowd is its built-in system to accommodate UGC, or User Generated Content, which plays quite a big role in letting players unleash their creativity unto the MapleWorld. If you can dream it, have the Photoshop and design skills, then hey you can make some serious in-game premium currency profits. For starters, the game comes with an in-game UGC Workshop that allows you to design custom content – from cosmetic outfits, housing decor to mounts and even weapons with your own designs, using templates you get either from in-game or via the store. Once you’ve fully customized it to your liking, you can publish your designs on the Meret Market and sell them to the public for incentives.

The promotion of your creation goes far beyond the store though, as you can show off your creations in poster slots around the world like in cities and other maps by bidding on available time slots. Land plots that you can rent in-game to build houses can also be used to advertise square blocs with your designs on it, or a custom message, or anything you want really as long as it’s in-line with the terms and conditions. Outside of custom designs, players can also compose their own music using blank sheets as opposed to the pre-generated soundtracks, and I’d watch this UCG space to see how much the community can do with it, and how Nexon plans to expand this in the future. Unfortunately, UGC can also be the game's worst feature, as it's so easily exploitable by players who design rude and explicit items that surprisingly bypasses Nexon's supposedly stringent inspections. Therefore, time will tell if they do something about it, but take nothing away from the creative avenue UGC offers.

After all we’ve talked about, from content to life skills to just having fun with friends online, how much does that cost? Nothing, absolutely free to play which is perhaps the best thing out of all of this, considering just how much you can do in-game without being road blocked by a pay wall. From a time-sink perspective, getting to the end-game is easy but that’s when the real treadmill starts, as progressing your prestige rank alongside increasing your gear score and item enchantments will be a long process for the long term and if that doesn’t interest you, it takes relatively no time at all to jump in and start having fun with the more social and sandbox type content which is arguably, as much fun as anything else the game has to offer.

Ready to enter the world of MapleStory 2? Click here to play now! 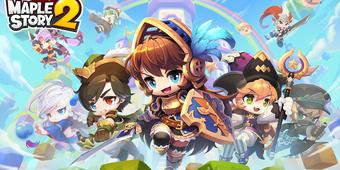 Originality
MapleStory 2's Mini Games are unique from other MMORPG's leveling content. It lets you randomly jump into dancing game, pop-quizzes, maze runs and more every 30 mins to break the leveling monotony, and players get rewarded greatly for just participating.

Easy to jump into

Free to play without pay to win

Must pay to use world chat