Classic Theme Park MMORPG - As Guardian or Defiant, you and your faction must stop the ultimate evil from conquering your world in this classic-style MMORPG

Only for February 2022, you can enjoy 3 days of Patreon benefits for free!
Log-in into the account section, insert the code PLAYRIFTHELLBUGS2022 and click on "Apply". 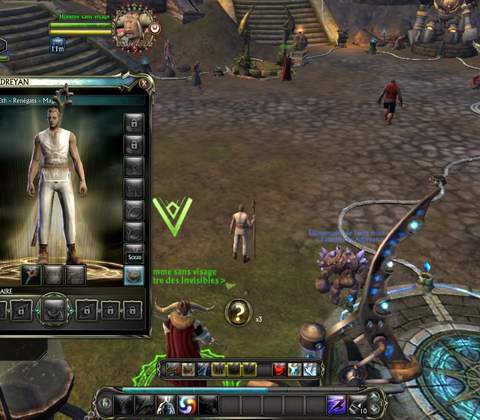 The world of Telara is magical and full of classic adventure.

Launched in 2011 by Trion Worlds, RIFT is a classic-style theme park MMORPG that's currently free to play. The game takes place in the fantasy world of Telara, where two warring factions, The Guardians and The Defiants rule. Players can experience the main story from the eyes of either faction, each offering unique playable races that can take on the role of multiple class archetypes from tanks, healers and damage dealers. RIFTs open world is huge and contains many zones that are faction-gated, filled with main story and side quests, numerous dungeons, and open world events known as rifts.

When it comes to classic MMORPGs, RIFT fits the old-school bill perfectly. The game uses tab-targeting for its combat system, and right from the tutorial, it introduces players to the theme-park gameplay. This means players will embark on a series of quest-hub crawls that progresses through each of the main zones, usually ending in a dungeon meant for five players. The leveling experience is moderate and slow-paced, which is due to the game's age and combat system.

Unlike newer MMORPGs on the market today, RIFT doesn't offer a flashy or action-packed combat system, instead opting for a slower classic duel-like mechanic where classes fire off skills from your hotbar that has a global cool-down. This makes fighting monsters on the landscape and in dungeons challenging, because players will need to think of what skills to use ahead of time which can give them the edge in combat. Macros are supported here, and due to the large amount of skill choices and build varieties, players are free to experiment with hybrid builds which is a lot of fun.

To truly stand out from the WoW's of the world, at launch RIFT had to offer some really unique features and they still hold up today. One of the main selling points of the MMORPG is the open-world event mechanic called rifts, in which planar tears will appear randomly in zones and players must rush to it and participate in a dynamic event. After defeating waves of enemies, a world boss could appear at the end and due to its clever scaling system, the entire experience becomes a large raid-like encounter if more players show up and that's incredibly fun and rewarding. Another unique feature of the game is its incredible housing system called Dimensions. Players can purchase houses and decorate them with unique furnishings found in the PvE gameplay. Dimensions are open to everyone to visit, and it makes for some pretty fun downtime in between questing.

Elsewhere, RIFT was also ahead of its time at launch by offering players multiple ways to level their characters. Besides just focusing on the main PvE campaign for gear progression, players could also level up entirely through PvP by participating in battlegrounds. This short five to ten minute matches pits two teams against each other from opposing factions, in unique modes such as capture the flag and more, which was a reliable way to earn XP and gear if one didn't feel like questing.

How Free Is It?

Currently, RIFT is free to play which means, all you need is an account to jump in and check it out. The entire game up until the original level cap of 50 is free, but expansions will need to be bought and are often cheap when they go on sale. Having said that, the vanilla content will keep you busy as it has over hundreds of quests spread across both factions and their respective zones, equating to at least 200 hours of solid content. This also includes the base game's dungeons, world bosses and rift events, raids and of course its PvP battlegrounds. However, players should take note that the cash shop can be notorious, as it offers plenty of good deals to help you increase your leveling speed which you don't need, as the leveling experience has been made faster multiple times over the years already. The cash shop also sells gear unfortunately, which you can avoid purchasing as there are free alternatives from PvE and PvP in-game.

At the end of the day, if you're looking for a WoW Classic alternative that's free to play but still contains the same level of immersive and slow-paced gameplay, you cannot go wrong with RIFT. The player-base appear to be dwindling and while the graphics sure could use an upgrade, don't let that deter you from trying it out. The game still has some unique features that are hard to find elsewhere, like the fun adventure system to level up fast, or its wonderful housing system that is very addictive for the creative minds out there.

Ready to enter the world of Rift? Click here to play now!

Originality
RIFT are considered the pioneers of the dynamic open-world rift events that features smart scaling, which increases the difficulty and amount of monsters that appear depending on how many players respond. It's a great feature that make the world feel alive, and this mechanic has made its way to newer MMOs like Guild Wars 2 and Elder Scrolls Online.