Action Based, PvP Centric, Space Flight MMO - Star Conflict, a stunning space shooter published by Gaijin Entertainment, aims to deliver the most fast paced visceral combat the genre has ever seen. Long story short, it succeeds. Choose between three factions and carve your name into the galaxy.

A Choice of Three 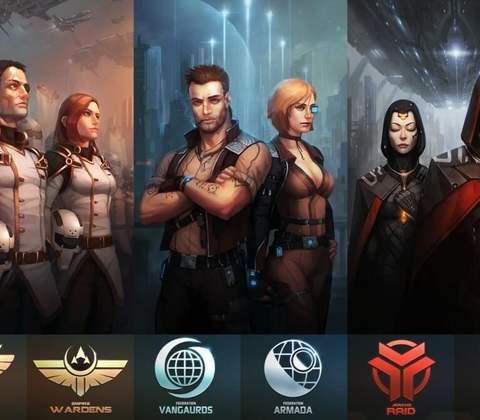 Before you dive into Star Conflict and see what Sector 1337 has to offer, you are going to want to choose a faction. You will be making your choice between Jericho, a collective of exiled humans, The Empire, a steadfast superpower, and The Federation, an alliance of free worlds.

As mentioned each faction has its own strengths and weaknesses, for example. Federation ships are swift. They excel at maneuverability and agility, however, because of this their shields and hull integrities suffer. Jericho ships have strong shields and capacitors, but weak hulls. Empire ships have the strongest hulls, but are slower than other factions.

By gaining influence with the different factions and ranking up ships within that faction’s World of Tanks like progression tree you will gain access to more powerful ships with new abilities and weapons to choose from. Each ship’s look can be customized with different paint jobs and accessories. These are bought with the game’s premium currency, a subject I’ll cover later.

Overall I really enjoy the three faction system. I feel like I always have a meaningful choice to make, and making that choice has a noticeable impact on my playstyle and future decisions. It adds re-playability and a means for future content to be easily added.

Star Conflict is one of the best looking dog fighting games I’ve played. This should be expected as it’s published by the same studio as War Thunder. However something about the eerie nature of space, combined with gorgeous visuals and amazing sound design makes Star Conflict feel like it’s in a league of its own.

In game I was averaging about 160fps which leads me to believe you shouldn’t need a top of the line rig to play this game comfortably.

The animations are buttery smooth and the environments are rich with detail. You can feel how carefully crafted the game is, and you can tell how much love was poured into the fine details.

The animations are buttery smooth and the environments are rich with detail.

Play with the World 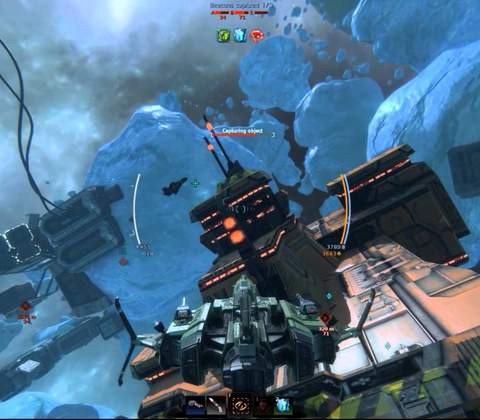 You do a lot of sitting around...

If the game had a downside PvE would be it. Everything feels same-y and uninventive. The fast paced action from PvP doesn’t carry over very well into PvE. The AI isn’t particularly challenging, at least in early missions, and, interacting with teammates is unessential. In fact most of the time you won’t even notice they exist.

The majority of the difficulty comes from the pure volume of ships you’re tasked with destroying. Shooting down mindless drones can be fun on occasion, however if you need a little more depth to your MMO space shooter you should opt for the more hardcore PvP options.

Play Against the World

Let me be clear, in this game PvP is what it’s all about. It’s fast, intense, and visceral, with a steep learning curve. Most of all though it’s fun. Most early PvP will be against bots. These bots aren’t particularly difficult to beat, in fact you will rarely die. However this allows you to gain a grasp on the basics.

The real enjoyment comes after you’ve passed this aspect of progression. Once you’re able to actually fight people, the entire dynamic of the game changes. You must assess the enemy’s strategy, every person will have their own ship type and therefore their own playstyle.

For example, one player may be playing with a fighter class ship equipped with the sniper-like gauss cannons. This player may hide behind cover and wait for opportunities to ambush unsuspecting victims. While another player may use an interceptor class ship with rapid fire blasters. This player would be more adept a fighting in closer ranges, ruthlessly hunting down enemies. This sort of rock-paper-scissors power play keeps the game interesting; no two matches are alike. 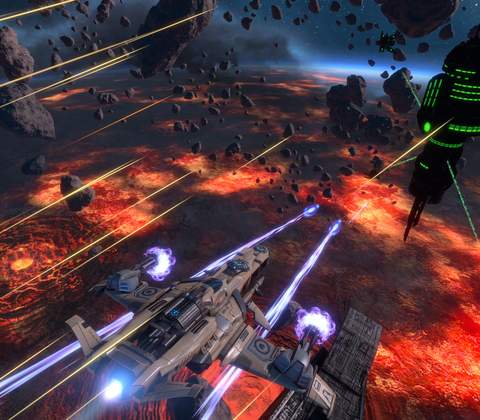 PvP is the greatest strength of Star Conflict.

This sort of rock-paper-scissors power play keeps the game interesting; no two matches are alike

The game types themselves are varied, with a plethora of both objective based maps, along with more standard death matches. I think for any gamer there is inherent fun to be had with this mode, I can see myself sinking hours upon hours into creating the perfect ship for my playstyle.

Making things even more awesome is the fact that premium currency, known as standards, can be purchased with credits earned through game play. Meaning you never have to spend a penny to enjoy all that the game has to offer. You can even purchase a subscription to the game this way.

Star Conflict is a beautiful jaunt through the galaxy. It has great ideas and amazing execution. Aside from its rather lackluster PvE, it is a shining example of what a Free-to-Play game should be.

Its business model is fair and doesn’t punish players who are hesitant to spend money.
Its systems are deep and engaging.

The action is fantastic with little wrong in the way of gameplay. I highly recommend giving this game a shot, not just for hard core flight shooting fans, but for fans of MMOs in general.

Ready to enter the world of Star Conflict? Click here to play now! 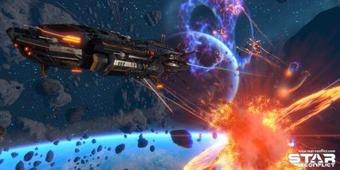 Originality
The game's originality lies in its fast paced PvP combat, along with its deep progression system.