War Thunder is an MMO vehicle simulator dedicated to the air and tank battles of World War II. You can play as any of six countries, joining the ranks of the American, German, Russian, British, Australian or Japanese forces, and Gaijin plans to add more nations in the future. 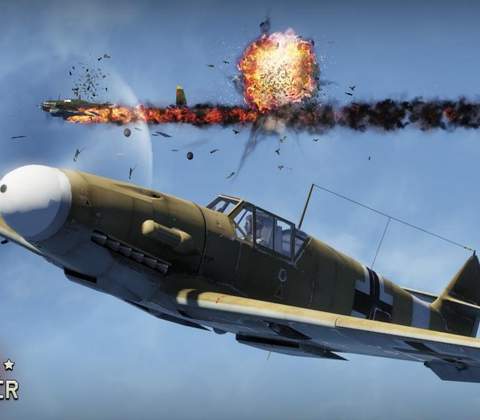 The Planes of War Thunder

Starting up, you choose between six armies as well as the scenario or environment for your battle. The environment you select determines how much damage you can do and, in turn, how vulnerable you’ll be to your enemies.

Next, you’ll choose from the game’s generous number of play modes. The multiplayer battles between players are the strongest point of this title, but that's far from the only way to play – there are also single player scenarios you can complete that range from the simple to the seriously challenging. Among these are missions that mimic true battles from history, for example, the Battle of Britain.

War Thunder sets out to be a serious simulator, meaning it expects players to know a thing or two about flying a plane. While this might sound intimidating for those of you who aren’t actually pilots, the tutorial was very easy and within a few minutes I was well at ease in the cockpit.

The game generally does a great job of balancing difficulty settings. A novice pilot can keep up fairly well in Arcade mode without suffering demoralizing crashes every five seconds, while the more experienced players can tweak the settings for a more challenging play.

For the hardcore sim gamer, War Thunder also offers the Realistic game mode, which takes away the aiming assist marker and applies realistic g-forces that can potentially tear your plane apart when making high-speed maneuvers. The Simulator mode uses these more demanding settings as well, but puts you inside the plane or tank in a first person view.

The developers have been outstanding in this respect, a system that is simple and at the same time offers new challenges to master as you progress. There’s truly something for everyone.

This balance is especially apparent in multiplayer mode. Once you arrive at the battlefield, you’re immediately assailed by other players of various experience and skill – which could quickly become a bloodbath.

However, the scalable difficulty evens the playing field tremendously, enabling you to hold your own beside the best as long as you’re fairly familiar with the controls. This ensures a good balance in a game where you never know if you'll be up against an ace or a rookie – the true challenge is between you and the game’s highly customizable learning curve.

The game’s damage system is certainly worth a mention. Like any real vehicle, yours has vulnerable areas, and you’ll learn to take note of these on enemy crafts too. Hitting an enemy’s armored sections won’t do much, and he’ll continue on his merry way, sowing death and destruction. However, hit one of his wings instead and he’ll have a far harder time staying in the air.

There are other details that work together to bring a real sense of reality to the game and the period of war that it’s trying to capture. Occasionally, your gun will actually jam, making you easy prey for your enemies while you struggle to fix it. You will also sometimes be required to land mid-battle to resupply.

Graphically, War Thunder distinguishes itself as one of the most impressive MMO free-to-play war games on the market. All aircraft and tank models in the game are realistically and lovingly rendered, both inside and outside, staying faithful to the warmachines they’re modeled after.

Graphically, War Thunder distinguishes itself as one of the most impressive MMO free-to-play war games on the market.

Even the environments, generally a weak point in simulation games, are very convincing. Mountains, oceans, small towns and rolling fields are all beautifully captured, and may even distract the player from the real purpose of his mission as you’re tempted to sit back and enjoy the view.

And it’s certainly some view. As you head for battle, dozens of planes rise in the sky around you. Swarms of enemy aircraft appear, raining bullets that fill the air and streak past almost continuously. Doomed planes plummet to the earth, shrouded in smoke and fire. In other words, all hell has broken loose and it looks great.

Even death is beautiful. Collide with another plane or take too much damage and you’ll get to watch as fuselage catches fire, wings shear off and planes fall into magnificent explosions of flame and smoke. The proverbial icing on the cake is the fact that this game can really run, and on almost any system, despite the massive amount of detail and effects on the screen, and Gajin clearly deserves praise for making moments like this truly spectacular, even on OSX devices.

Even if World War II sims aren’t your thing, Gaijin’s is worth a go. Whether you're a rookie who barely knows his altitude meter from his fuel tank or an ace looking for a serious challenge, the various game modes and highly customizable play systems deliver an excellent experience. War Thunder is a great title and one of the best free-to-play MMO, it delivers an excellent blend of aerial shooter and grounded tank combat.

Whether you're a rookie who barely knows his altitude meter from his fuel tank or an ace looking for a serious challenge, the various game modes and highly customizable play systems deliver an excellent experience.

Ready to enter the world of War Thunder? Click here to play now! 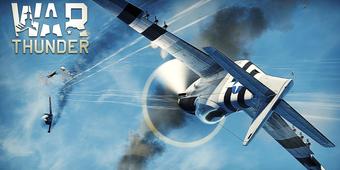