Blade and Soul is a Korean MMORPG recently published by veterans of the MMO industry, NCSoft.

Originally published in Asia, a little over four years ago, the long anticipated game finally makes its way westward. Fans here in the west have long been clamoring for Blade and Soul: the flashy anime inspired graphics and the apparent innovation of its highly touted combat system make NCSoft’s newest experience seem like an amazing proposition.

The question though, does it live up to all the hype? In many ways yes, the game’s combat is reminiscent of classic combo based fighting games, making each encounter engaging and unique.

The graphics are great, if a little dated. However optimization issues and lag run rampant, PvE is somewhat lack luster, and gearing at max level can be a bit of a chore.

The game is a mixed bag, it does some things right and some wrong, however the things it does correctly may be enough to outshine its rougher aspects by the standards of some players. 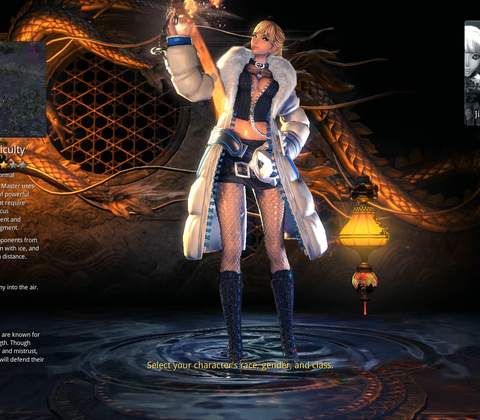 There will be plenty of customization options

For all the anticipation surrounding Blade and Soul, it doesn’t provide the kind of new and innovative experience I was expecting. Sure the combat is fun enough, after the early levels that is, but everything else seemed bland. Nothing about the game screamed “Play me” most every activity in Blade and Soul has been done before, often times better, in other MMOs.

The story line has its moments, the only problem being these interesting story portions are partitioned by innumerable amounts of side quests. The quests, unfortunately, come down to go here, collect or kill this, and comeback to be awarded a marginal amount of experience.

Not to say the game is completely without its redeeming qualities, that is far from the truth. I found dungeons to be a fun break from the tedium of questing. PvP is also super entertaining, and in my opinion the best part of the game. It allows the game’s unique combat to truly shine. It forces you to constantly contemplate your next move, in an attempt to outmaneuver and out play your opponent.

No Skimping on Skimpiness

Blade and Soul is nearly five years old, a long time in terms of a games lifespan. This of course means that graphics are beginning to age. They aren’t horrible, but if you need a graphically impressive game to satisfy you, Blade and Soul probably isn’t for you. However looking past the somewhat unimpressive quality the game has an extremely unique and beautiful art style.

The colorful anime aesthetic really pops. In fact the games backdrops and environments are some of the prettiest I’ve seen in an MMO. While not particularly cohesive, each individual map is beautiful and serves to make the questing experience much more exciting. The thrill of exploration is captured perfectly, I couldn’t wait to turn the corner and discover the next epic landmark. 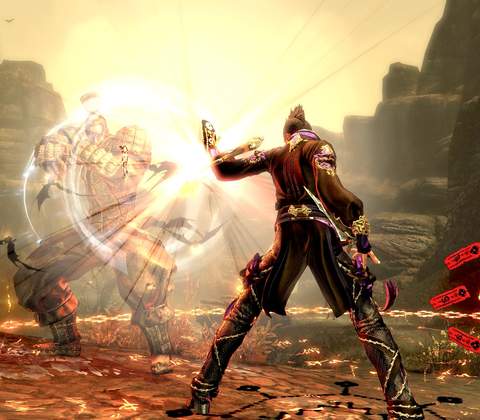 The graphics engine, while still not bad, is starting to age.

The character designs themselves are, controversial, to say the least. Women are busty and scantily clad, an expected feature in many eastern free to play MMOs. Thankfully much of this depends on your choice of race. The Gon and Jin are significantly less conservative in their dress than the Yun and the Lyn. This isn’t a criticism simply an observation. I wasn’t particularly bothered by this aspect of the game, however some gamers may find it uncouth.

Thankfully the game boasts a decently robust character creation system. You can tweak your toons features to your liking, and a plethora of hair and accessories are available for you to choose from.

Somewhat related is the game’s costume system. This feature is one of my favorites. Uncovering new costumes and showing off to my in game companions was rewarding and enjoyable. Even if some of the costumes were, well, revealing. Of course many of these can be bought via in game cash shop, however many are found just by playing the game thoroughly.

This all being said the most compelling reason to hope into the game is the combat system. It’s truly the most innovative, freshest experience you’ll have with Blade and Soul. When I play Blade and Soul, at least when I’m fighting, I feel more like I’m playing Street Fighter than World of Warcraft.

I feel more like I’m playing Street Fighter than World of Warcraft. 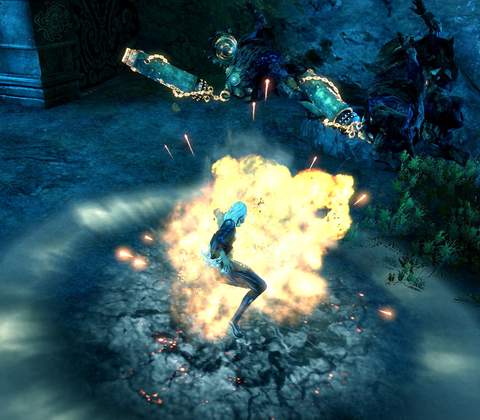 Get ready for some good 1vs1 fights

Playing a class to its full potential involves more than simply learning its rotation and climbing the loot treadmill. It requires a deep understanding of the games mechanics, and the ability to predict your enemy’s movement. This is especially important in PvP, dueling in Blade and Soul is like playing chess. You constantly need to be one step ahead of your foe.

Skills are fluidly strung together through a series a button presses, you won’t be mashing hotkeys just hoping for the best. Executing these combos is both satisfying and fun. However outside of PvP the combat feels a bit lacking. You will never take advantage of your full repertoire of abilities fighting NPCs, not to mention most encounters are painfully easy.

This is unfortunate seeing as arenas are only amazing when you have a full arsenal of skills at your disposal. Meaning you need to cap your character, which means you have to PvE. Once you reach that point though, Blade and Soul provides a wonderful PvP experience.

Blade and Soul is a game with a few flaws. The PvE could be better, the story could be more abundant. The quests, could be more varied. It’s an MMO that doesn’t stray far from the established formula, however that doesn’t mean it’s unplayable or even bad.

Any fan of classic MMORPGs such as World of Warcraft will find Blade and Soul familiar. Which means that it is simple to pick up and play. It doesn’t pioneer new horizons, but the excellent PvP combat and exquisite art direction combine to deliver a game that is, while not wholly unique, fun.

Ready to enter the world of Blade and Soul? Click here to play now! 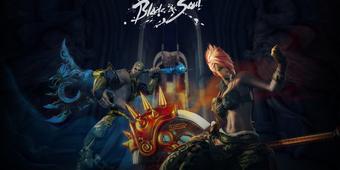 Originality
Blade and Soul's most original feature is its unique arena combat.