The gameplay starts on the slower side, but at higher-level matches, mechs will dictate the pace - upgrades to speed, flight and more can turn the tide of the battlefield.

Graphics are on the lower end but that's to be expected for a game that's on both PC and mobiles.
The cash store is unfortunately very influential, and mech robots that cost real money will grant players a huge leg up in battles.
Overall, War Robots is a good time if one is looking for some quick PvP shooter action in a world full of mechs.

What is War Robots?

In the mech multiplayer shooter space, no one's doing it quite like Pixonic's War Robots, which since its release in 2018, has garnered a frenzied following and dedicated player base.
That's due to War Robots being both free to play, and available on both PC and mobiles which ensures cross-platform play, allowing the game to pull players from both platforms into its 6v6 PvP matchmade modes.
Therefore with a huge player base secured, what does War Robots offer its players? 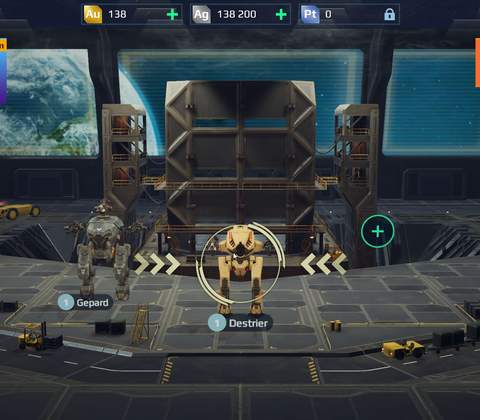 The hanger contains all your mechs and is where you upgrade weapons.

All players start War Robots at level 1 with a free starter mech robot.
You'll have a garage that can hold 5 more mechs, and you'll need to keep playing to earn currency that can be used to unlock more mechs down the line.

The mechs themselves are the stars of the show.
Each mech has unique abilities, weapon upgrades, and movement stats like speed and more.
The game has over 10 different maps and 9 game modes, which is huge for variety.
Newcomers will be playing a lot of Domination matches until they level up enough to unlock more game modes such as PvP leagues and Clan battles.

The main goal when it comes to progression in War Robots is to unlock all game modes and mech robots, which can take a bit of time because XP gained per match is determined by the player's performance, so if you're racking up kills, the more XP you'll get.
What's cool is that players can expedite the levelling process by completing daily missions as well, which rewards both XP and currency for purchasing and upgrading your mechs. Outside of that, War Robots also dives deep into its lore, and players can learn about the various Factions that inhabit the world in-game or via their YouTube channel.

War Robots at its heart is strictly a 6v6 multiplayer shooter, and players control their robots with the WASD keys. Firing weapons are bound to your left mouse click, and you can swap between weapons by using number keys 1 through 4.
Aiming at enemies is pretty straightforward, as you'll hover your cursor over the enemy mechs in red and fire away. The biggest takeaway from the early gameplay is how slow-paced the movement will feel due to mechs having varied movement speeds, so much of the battles will come down to aim, positioning, and timing. Understanding the abilities and stats of the mechs will be crucial here, as you can leverage different traits and abilities to your advantage.

Some mechs can turn into turret towers for example, while others can gain terrain manoeuvring abilities like high jumps and burst flights to close the gap. It's beneficial to use the early games to understand what exactly your mechs can do, and what areas of the maps are considered key points. 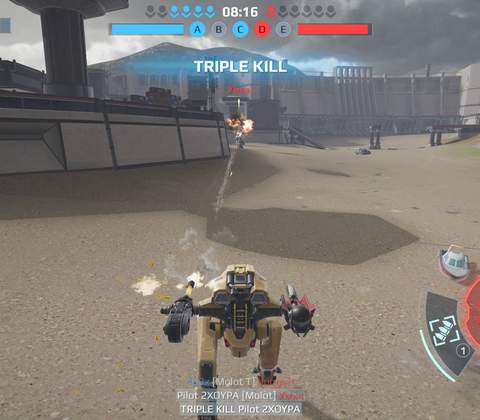 Don't let the pace fool you, because ranged combat can catch you off guard. Keep mobile!

In other modes like King of the Hill and Hunt, strategy and teamwork becomes important as map objectives come into play, which is arguably more engaging than the usual deathmatch modes.
Most matches last 10 minutes, and the team with the last mech standing is crowned the winner.
As mentioned earlier, performance in these matches will determine your rewards - so if you want more currency and XP, try and be the best player on the map.

In a recent update, War Robots has added more diversity to its game modes with the inclusion of Motherships, which now allows players to use powers and other abilities by calling down space support, proving that the game's developers are innovating which is good for the game's future.

For those interested in more competitive modes, the ranked battles that use the same 6v6 ruleset unlock after level 10 and players will begin earning Honor Points in matches.
The higher your points, the higher your standing will be in the PvP league.

Ranked battles can be queued from the main menu either solo or in your party of friends, but matchmaking seems inconsistent here. War Robots doesn't appear to use any MMR (match making rating) which results in very one-sided, unbalanced games where you're either stomping the enemy or being stomped. Needless to say, your choice of mechs, weapons and module upgrades, on top of knowledge of the game's map pool will come in handy if players want to climb up the ladder.
One worrying observation is that you'll come up against more players with "premium" store bought mechs in ranked matches, which leads us to the next discussion. 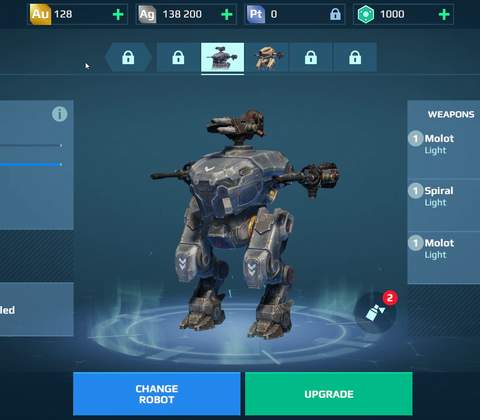 Earn currency with daily missions, or pull out the credit card in the store.

Is War Robots pay to win? If you care about competitive integrity, then you'll be a little disappointed. The cash store is littered with premium mech robots that either have abilities or stats that none of the earnable mechs has, which is an obvious advantage in ranked and can cause imbalanced matches. If more casual gameplay is what you prefer, then the normal game modes aren't impacted as much.
The store also offers bundles daily and it isn't shy about pushing it to you in the main menu.
The currencies earned in matches like silver and gold credits can sometimes be used to snag some goodies, but those opportunities are rare and come about once a season.

For mech shooter lovers, War Robot's gameplay, large map pool and varied game modes come highly recommended.
The no-entry fee and cross platform matches ensure that you'll always get matches quickly thanks to the large player pool which is a big plus.
Additionally, the huge selection of mechs and upgradability of your entire hangar will keep players earning XP, currency and drops for long term progression, and that's good news if you're a grinder.
Finally, its developers aren't afraid to innovate and add new gameplay features and that'll keep things interesting in the future.
War Robots is worth checking out.

Ready to enter the world of War Robots? Click here to play now! 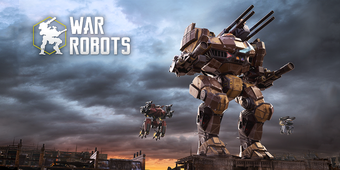 Originality
War Robot's core gameplay doesn't change the status quo for PvP shooters, but its new update introduces Motherships, which lets players call down powers from above which is a pretty clever twist of freshening up its matches.